Celebrated bull elephant dies in Kenya
October 24, 2019
Save The Elephants

Matt, aged 52, and one of Kenya’s well known elephant elders, died apparently from natural causes. During his lifetime he roamed further than any other Kenya elephant tracked by Save the Elephants, nearly circumventing Mount Kenya from Meru all the way to Laikipa, a continuous east to west loop of approximately 245km. His travels also took him northward across Samburu for a stretch of 220km.

His body was found by the Northern Rangelands Trust 9-1 anti-poaching unit on Monday October 7, and reported to the Kenya Wildlife Service.

Measuring 10 feet tall at the shoulder and weighing over 6 tons, Save the Elephants first collared Matt with a GPS tracking collar in 2002 so researchers could monitor and study his behaviour and rangers could protect him from poachers. Matt’s range turned out to span all the way from Meru National Park on the Tana River, through three national reserves including Samburu, and half a dozen community conservancies to the West of the elephants’ range

With his large size and spectacular tusks, Matt’s survived and thrived during the high risk poaching epidemic a decade ago; a testament to his adaptation and local knowledge. The crisis killed an estimated 100,000 elephants across Africa in just three years, between 2010 and 2012.

Matt was no ordinary bull; his curiosity always kept researchers on their toes and he was a master at shredding tracking collars that kept him in the spotlight.  Matt’s last collar was fitted in March 2016, and for the next three years until last week, his position was recorded every hour for his protection and for the collection of important data.

As a dominant bull elephant, Matt would make yearly journeys from his resting area east of the Matthew’s Range to the Samburu National Reserve where he could find females in oestrus. He appeared in numerous nature documentary series including the BBC’s ‘This Wild Life’ and ‘Secret Lives of Elephants and ‘Nature’s Epic Journeys’.  In 2017, Save the Elephants founder, Iain Douglas-Hamilton recorded a dramatic scene with Matt after he went to investigate a confrontation between the great bull and another elephant called Edison and found himself stuck in the middle.

Save The Elephants Founder Iain Douglas-Hamilton says: “Matt movements were highly original, and taught us that far separated protected areas could be linked by nighttime dashes through dangerous territory. This ability to make large movements under cover of darkness revealed previously unknown corridors, all of which which will give conservationists and government planners the chance to understand and manage the vast ecosystems of Northern Kenya. When he was in his prime Matt dominated matings so his genes were spread far and wide in the elephant population through the many calves he sired in Northern Kenya.  When he grew old he moved less and he was peaceful towards human beings.  He became well known by the Samburu people living in the village of Serolipi.”

For more information and images, please contact
Jane Wynyard
Head of Communications
Save The Elephants
jane@savetheelephants.org
+254 708 669 635


About Save the Elephants (www.savetheelephants.org)

Save the Elephants works to secure a future for elephants in Africa.  Specializing in elephant research, STE provides scientific insights into elephant behaviour, intelligence, and long-distance movements and applies them to the challenges of elephant survival. Through our thriving education and outreach programmes, we reach out to hearts and minds, making local people the true custodians of their own rich heritage. Our human-elephant conflict mitigation projects, especially beehive fences, have reduced the number of crop-raiding incidents, and provide farmers with elephant-friendly alternative sources of income. To battle the current surge in ivory poaching, our Elephant Crisis Fund is identifying and supporting the most effective partners in Africa and in the ivory consuming nations to stop poaching, thwart traffickers and end demand for ivory.Matt's collar 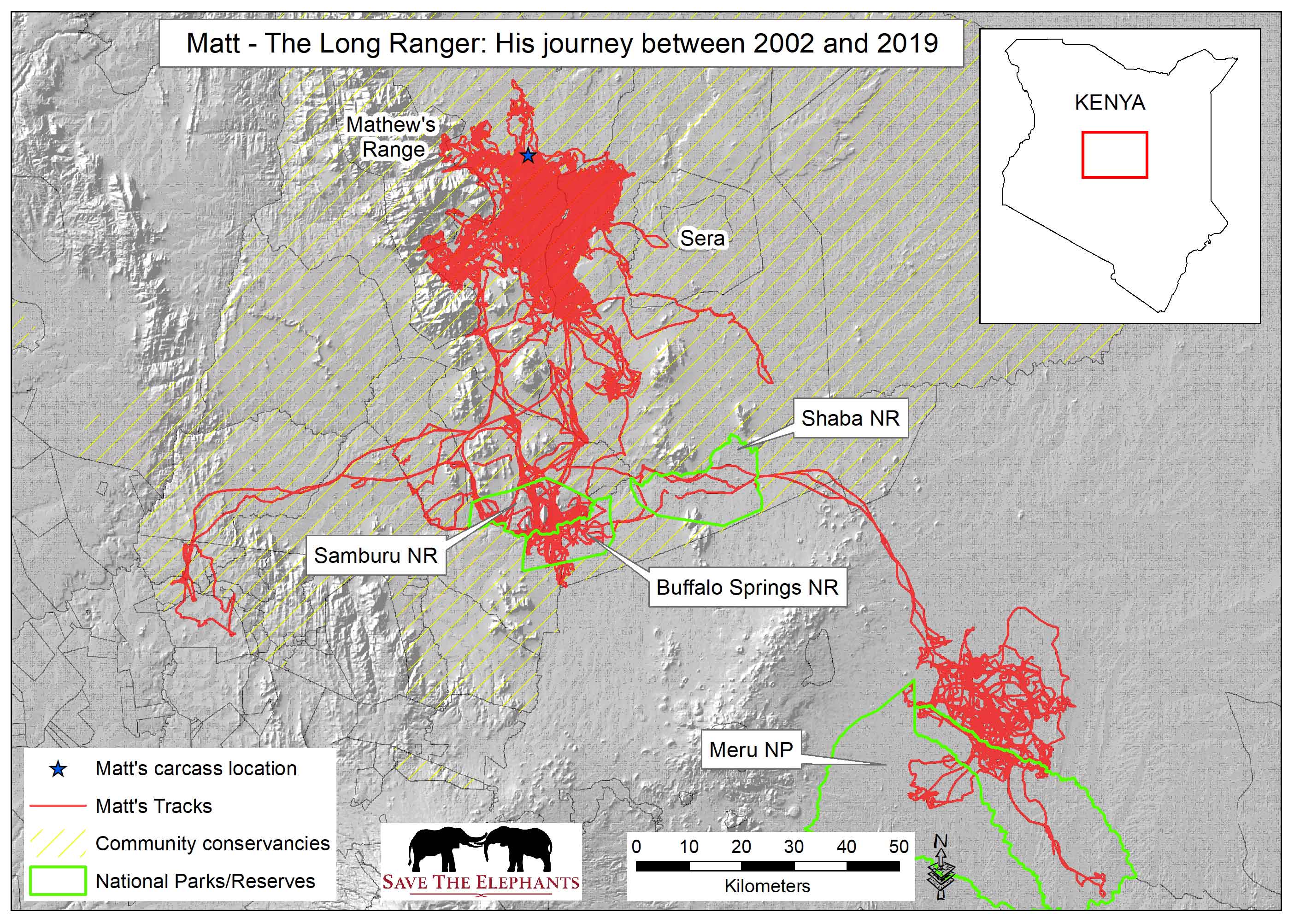