Returning to old elephant ranges
May 5, 2022

Our founder, Iain Douglas-Hamilton (pictured above), recently had a ‘Rip Van Winkle’ moment when he came back after forty years’ absence to a very changed world in the northern Uganda elephant range.

In 2021, the Northern Rangelands Trust (NRT), working with community conservancies in West Pokot, received reports of elephant movement between Uganda and Kenya. It had been rumoured that elephants from Uganda’s Kidepo National Park migrated into parts of Sudan and Kenya, but no one had actually recorded elephants making this movement.

NRT, in partnership with the Uganda Conservation Fund and Uganda Wildlife Authority, initiated a programme between Uganda and Kenya to investigate how the elephants moved and overlapped with local communities.

Earlier this year, NRT launched an expedition to visit the remote elephants. Save the Elephants was invited to join the team and agreed to donate and fit 16 sophisticated elephant tracking collars.

An exciting and important partnership was formed.

Save the Elephants alongside the Northern Rangelands Trust and the Uganda Wildlife Authority provided technical and aerial support for darting elephants and monitoring them from satellites.

Save the Elephants' Head of Field Operations, David Daballen, a veteran of many collaring operations, worked hand in glove with Dr Matthew Mutinda from NRT, one of Kenya’s most experienced wildlife vets, and operated in a helicopter from which the elephants were darted. The team relied on very precise collaboration between the helicopter and two fixed wing supporting aircraft that found the elephants and brought in the darting team. 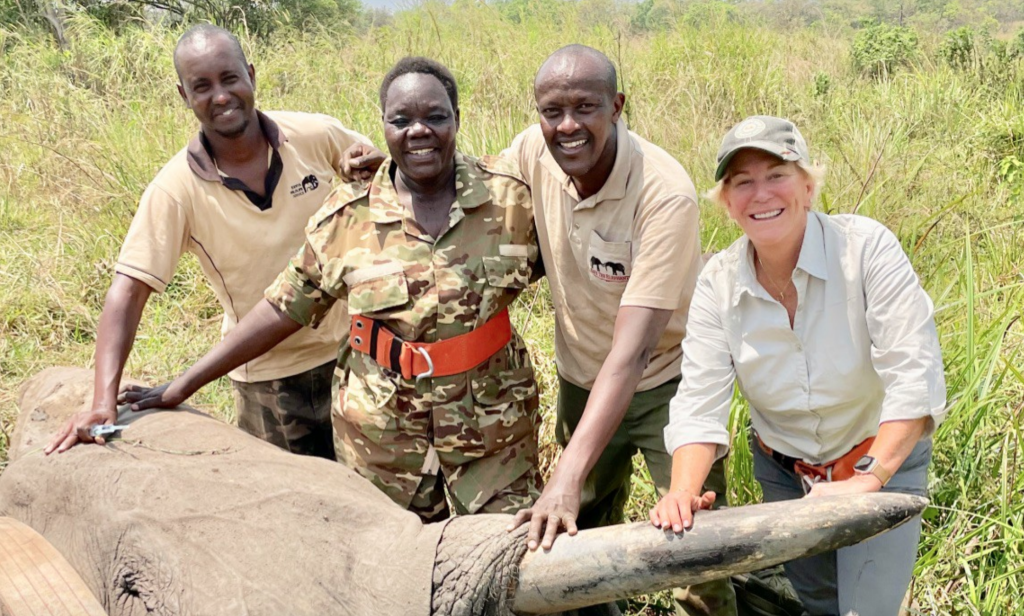 The last time Iain had worked in Uganda was in the 1980s when the country’s elephants were on their knees. Years of poaching and political turmoil, during and after the reign of dictator Idi Amin, had taken its toll of what had once been among Africa’s finest national parks. By 1980, most of Uganda’s elephants had been killed and were down from a probable 20,000 to an estimated 1,600 elephants and still declining rapidly. Iain was then working on a project for the United Nations Development Programme as an anti-poaching advisor to Uganda's national parks. There, he helped design air and ground patrols against poachers, and often the project plane and rangers were shot at by Sudanese troops who were poaching animals in Kidepo National Park.

So, Iain was interested to find out what had happened forty years years on. Had the elephant population truly bounced back as the Ugandan government had claimed or had it been poached to the brink of extinction?  Iain was in for a pleasant surprise.

Today, elephant numbers in Uganda have grown to more than 5000. This is due to the fact that the past four decades have been more peaceful for Uganda’s elephants, and the Uganda Wildlife Authority, ably assisted by the Uganda Conservation Trust, has been organised to tackle poachers effectively.  In Kidepo, where Sudanese soldiers had formerly invaded from across the international border to kill Uganda’s elephants for ivory, the team saw peaceful elephants now expanding in all directions.

Coming from northern Kenya, where forage and rainfall are always scarce, Iain and the STE team were amazed at the abundance of food in northern Uganda, and the excellent body condition of the Ugandan elephants. 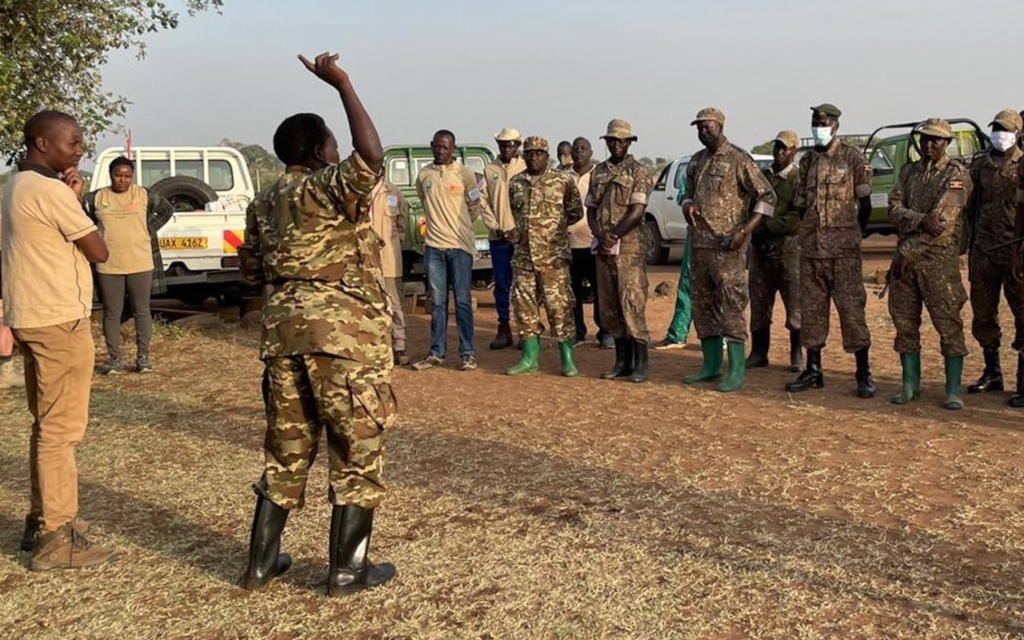 Says Iain “In Kidepo National Park, we experienced a very much greener environment than that of northern Kenya. We were interested to see how the Kidepo elephants were distributed all over their range, instead of concentrating along the main river courses. The elephants we saw looked healthy with no ribs showing.”

Uganda’s healthy elephant population was one reason to celebrate, but so too was the mission itself. The Kenya team shared their experience with the Ugandan vets in helicopter techniques for darting elephants. The wildlife professionals from both countries shared their knowledge in order to find the elephants, and to fit the advanced satellite collars with the common goal of detecting all movements, including those across the Kenya/Uganda border. All of the collared elephants are currently being monitored in real time through Earthranger - a system sponsored by the late Paul Allen, based originally on the Save the Elephants tracking system, and which has recently been installed by the Uganda Wildlife Authority.

Says Iain “These new collars will provide useful information about elephants, relevant to security issues, human-elephant conflict, cross-boundary movements between Uganda and Kenya and elephant behaviour. It will open doors for better human-elephant coexistence which is crucial to the elephants’ future. We feel this is the beginning of a new, fruitful collaboration between the Uganda Wildlife Authority, Uganda Conservation Foundation, Kenya’s Wildlife Research and Training Institute, the Kenya Wildlife Service, the Northern Rangelands Trust, Elephant Cooperation and Save the Elephants.”

Members of Uganda Wildlife Authority with STE's David Daballen are all smiles after days of hard successful work.