STE have helped bring together a coalition, which could change the future for elephants. A new dawn for elephants broke on 26th September, when Hillary and Chelsea Clinton brokered an $80m partnership to bring an end to the ivory poaching crisis.

Save the Elephants has been advocating for a global coalition for united, and was called to the table to help hatch the idea of Stopping the Killing, Stopping the Trafficking and Stopping the Demand; a three pronged plan that will deal decisively with the whole crime chain that is fuelling the slaughter of elephants in Africa.

The commitment will focus attention on the national and global security implications of wildlife trafficking. As one of the world’s most profitable criminal activities, valued at $7-10 billion annually, illegal wildlife trade ranks fifth globally in terms of value, behind the trafficking in drugs, people, oil and counterfeiting. Notorious extremist groups like the Lord’s Resistance Army, the Janjaweed, and al-Shabaab trade in ivory to fund terror operations.

Secretary Clinton announced the Partnership to Save Africa’s Elephants in New York on the final day of the 2013 Clinton Global Initiative. In her opening remarks she gave special recognition Jane Goodall and Iain Douglas Hamilton for leading conservation efforts on the ground.

The money will be used to support 50 key elephant sites by funding 5000 existing and 3,100 additional park rangers. Intelligence operations will be funded to stop the illicit elephant poaching, seen as essential as terror organisations use ivory trafficking to fund their activities. The aim of this prong is to reduce the number of poached elephants to below 50 per cent.

There will also be increased security, including an increase in trained custom inspectors and sniffer dogs at 10 key transit points in Africa. Governments have committed to increasing the penalties for poaching elephants and trafficking ivory, Kenya in particular has recently elevated the penalties and sentences considerably. Law enforcement officials and judiciary should be increased by 500% from the 2011 level by 2016.

The final prong, ‘stopping demand’, will be targeted at 10 consumer markets over the next three years. African governments will also be encouraging a worldwide moratorium on ivory imports, exports and domestic sales. One way of spreading awareness about elephant poaching in market countries will be to involve social media, reaching the goal of 10 million actions on social media platforms. Ultimately, the initiative wishes to decrease ivory consumption by 25% over the next three years.

STE’s drive for a coalition means we were particularly pleased that the Clinton Global Initiative, driven by Hillary Clinton’s leadership while Secretary of State, has brought together Presidents from Uganda, Burkina Faso, Cote D’Ivoire, Gabon, Malawi, and Tanzania with conservation NGOs like African Parks Network, Association of Zoos and Aquariums, Frankfurt Zoological Society, National Geographic, Save the Elephants, TRAFFIC, WildAid, Wildlife Direct, the International Conservation Caucus Foundation alongside other institutions such as the Freeland Foundation and the Howard Buffett Foundation.

The Clinton Global Initiative, CGI, is a non-partisan organization founded by the former president of the United States, Bill Clinton in 2005. Doug Band, Hillary and Chelsea Clinton are also key personalities in the initiative. The initiative is part of the Clinton Foundation, whose mission statement is to ‘strengthen the capacity of people throughout the world to meet the challenges of global interdependence.’ The initiative’s mission is to ‘turn ideas into action’ and works primarily by linking up like-minded organisations around the world in order to make a positive impact on people’s lives. 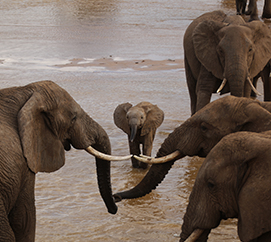 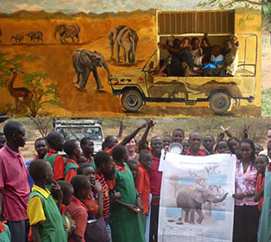 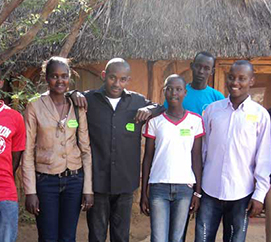 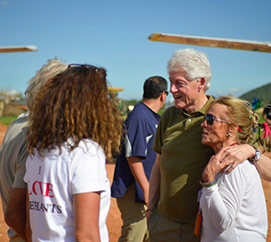 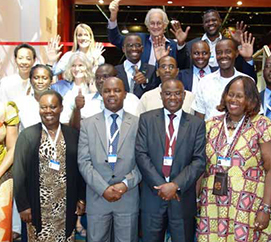 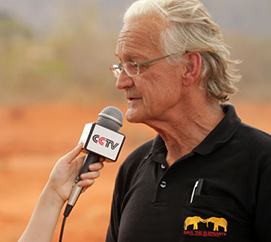 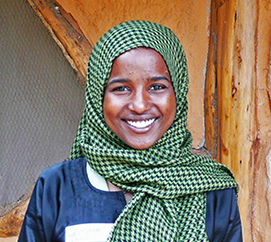 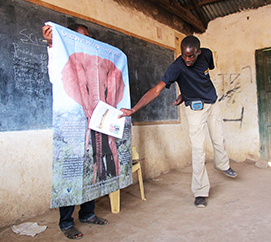 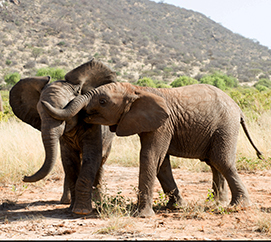 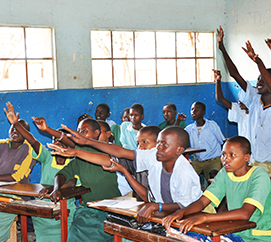 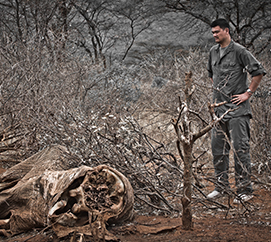