The Elephants and Bees Project is an innovative study using an in-depth understanding of elephant behaviour to reduce damage from crop-raiding elephants using their instinctive avoidance of African honey bees. The project explores the use of novel Beehive Fences as a natural elephant deterrent creating a social and economic boost to poverty-stricken rural communities through the sustainable harvesting of “Elephant-Friendly Honey”. Dr. Lucy King established this award winning research project, and leads this exciting collaboration between Save the Elephants, Oxford University and Disney’s Animal Kingdom.

In Kenya, the beehive fences have so far been tried by three communities as an HEC mitigation tool for reducing elephant crop-raiding. The first project site was a small but very successful trial with a few farmers of Ex-Erok in Laikipia, where the experiment used the first design of a beehive fence using beautiful, traditional but old, log beehives. The numbers of crop-raids were reduced during the initial trial in 2008 (see King et al., 2009) but soon after, the farmers had an expansive electric fence built to protect the whole community from elephant crop-raids.

The second project site was established in two Turkana sub-villages of Ngare Mara, just south of Save the Elephants’ core project site of Samburu and Buffalo Springs National Reserves. Here the beehive fence design was evolved and developed to incorporate the more advanced Kenyan Top Bar Hive with an embedded queen excluder. Research here was entirely participatory and all 64 farmers in the community were involved in the project in one way or another.

The third, and now core project site in Kenya, is with the Taita people of Sagalla, next to Tsavo East National Park boundary in southern Kenya. This project has slowly expanded from two fences in 2009 to support 20 HEC-affected farmers with individual beehive fences as of 2014. It was in Sagalla that the first Langstroth beehives were tested forming a partnership with the Fair Trade company, Honey Care Africa, to help adapt the beehive to fit inside the fence design.

Results show that crop-raiding of elephants has been successfully reduced in the beehive fence protected farms in Sagalla community and it is here that the Elephants and Bees project has built a friendly Elephants and Bees Project office, a Rufford Honey Processing Room and a training center, so that other farming communities around Sagalla and farmers from other regions of Kenya can be trained.

The Elephants and Bees Project is an award winning innovative study offering a real solution to the human elephant conflict problem. In addition to Kenya, more partners are now using beehive fences in various parts of the world and to-date Dr. King has visited and helped set up hives in Botswana, Mozambique, Tanzania, Uganda and Sri Lanka, and has resulted in several scientific publications. So far the project has been awarded The Future for Nature Award (2013), The St Andrews Prize for the Environment (2013), and The UNEP/CMS Thesis Award (2011).

For more information on the project please visit www.elephantsandbees.com. If you would like to arrange a site visit please get in touch with Dr. King on lucy@savetheelephants.org. 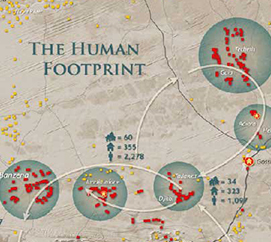 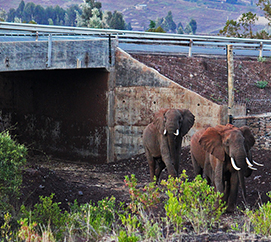 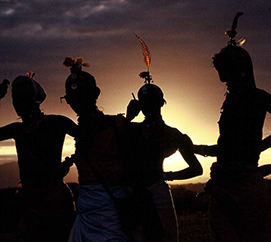 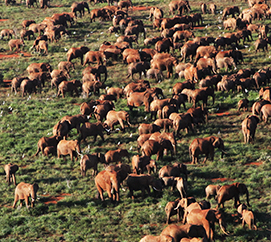