On the 9th of April 2013, Uhuru Kenyatta became Kenya’s first president to take on poaching in his inaugural address. “My fellow Kenyans,” he said, “Poaching and the destruction of our environment has no future in this country. The responsibility to protect our environment belongs not just to the government but to each and every one of us.”

To make certain the fire of this statement did not die out, Save the Elephants and members of the Kenya Elephant Forum sat down to draft a policy document for the President, to help him tackle the crisis at every level. The document, dubbed “10 ways in 100 days” addressed everything from our diplomatic relations with the Far East to the national justice system, putting more guns and boots on the ground to public engagement in the crisis.

Loud peals of victory rang on the 24th of January when Parliament passed the Wildlife Conservation and Management Bill replacing the old law, an archaic document which has been lying untouched since 1976. Now, poaching can now attract a 20 million shilling fine, or life imprisonment for the offender carrying ivory.

To keep the pressure on, WildifeDirect, in partnership with STE have begun an important baseline study of wildlife crime. The aim is to inform a review of the legislation and judicial processes to deter wildlife criminals thereby protecting an important economic asset and the heritage of Kenya. We will do this by juxtaposing the crimes committed against the penalties given, and those provided for in the Wildlife legislation, opening up various options of fines and jail sentences under different existing laws. The idea is to create a basis for such a review to be conducted in other countries within East Africa, and make sure the penalties doled out fit the crime.

Jim Nyamu began his 1500km walk around Kenya for elephants. In Samburu, Save the Elephants mobilized 1000 men women and children to walk with him, and on his way, the First Lady joined into the march. Elephants for Kenya, a coalition of Kenyans shouting out for elephants, STE included, organized Jim’s final bend into Nairobi, where he was cheered on by thousands and marched into the headquarters of the Kenya Wildlife Service by a lively marching band.

Kenyans everywhere are waking up to the magnitude of the crisis, and are now drawing the battle lines in the sand. With one voice, Kenyans are saying “HANDS OFF OUR ELEPHANTS.” The campaign, launched by our partner Dr. Paula Kahumbu of Wildlife Direct, aims to reach every Kenyan through corporate symbols of our heritage. This year Kenya, more than ever before will see how integral elephants are to our heritage when all the elephants we know and love in our favourite Kenyan beer, airline or even our highest currency note vanish, or are pictured as tuskless or dead.

As the fight in the real war zones where elephants are dying grows graver, the coalition of concerned individuals, institutions, NGOs and the government of Kenya is the army that will fight back to end the crisis. 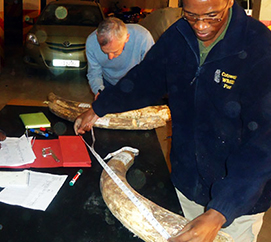 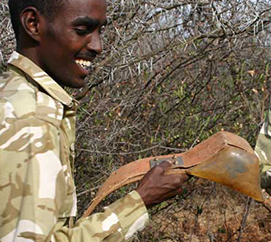 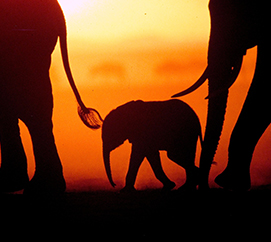 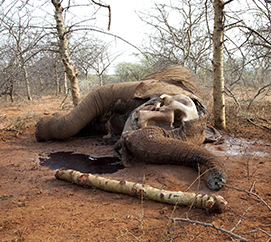