Satellite tracking of elephants living near Timbuktu has revealed the secret of their survival in the savage conditions of Mali’s desert.

Through the tracking data from collared elephants, STE have found that the elephants of Africa’s northernmost population use over 32,000 square kilometres of the Gourma region in their epic quest for food and water, the largest range ever recorded for the species. It is the longest known elephant migration circuit in the world.

Their circular migration route is also thought to be unique to this population. The findings, published online this week ahead of January’s issue of the journal Biological Conservation, have profound implications for efforts to ensure the continued existence of these elephants.

“It’s incredible these elephants have survived. They have a truly stressful life with the lack of water and food, and their giant range reflects that,” said Save the Elephants’ GIS Analyst Jake Wall, who led the study.

The Gourma elephants are a desert-adapted species of African elephants (Loxodonta africana) and frequently endure sand storms, water shortages, and temperatures over 50 degrees Celsius (122 Fahrenheit). A severe drought in 2009 dried out Lake Banzena completely, depriving the elephants of one of their key watering points.

The data also revealed the network of pathways that the elephants use. A mile-wide gateway in a sandstone ridge known locally as ‘la Porte des Elephants’ is revealed as a critical bottleneck.

“Although the Gourma elephants are currently free to move over a wide range, we found they spend a large amount of time in relatively few areas – called ‘hot-spots’ – that we believe are critical for their survival. These elephant hot-spots should be considered conservation priorities,” Quote from Jake.

Currently there is little human settlement in the area but if that changes the elephants may become isolated from key parts of their range. The Gourma elephants have historically enjoyed relatively peaceful coexistence with the local Touareg, Fuhlani and Dogon peoples. Until recently these groups mainly practiced pastoralism but are now beginning to settle and turning to agriculture. Conflict between humans and elephants is increasing as a result.

Hunting by man and climatic changes has reduced their numbers and range considerably. Today there are estimated to be around 350 remaining individuals.

The Gourma elephants are believed to be the most northerly population of elephants in Africa since the loss of the Atlas Mountains population in the 1970’s, and are remnants of a much larger population that once extended across the entire north of Africa.

With organized crime linked to the ivory trade pervading many countries in Africa, Mali will likely not be an exception, putting these 350 elephants at risk of easy decimation, given their affinity to travel in large aggregations.

“We fear that they may become victims of civil disturbance in the North of Mali due to the uprising currently taking place,” said Iain.

In 2012, at least three elephants were killed in the region. With little protection for elephants in the area, their own tusks may yet prove a greater threat than the extreme conditions in which they have learnt to survive. 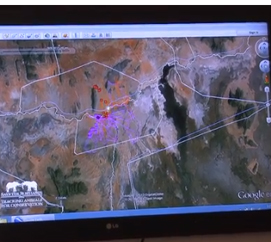 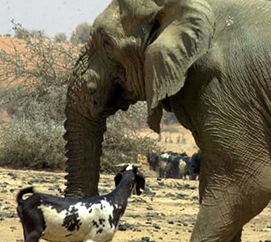 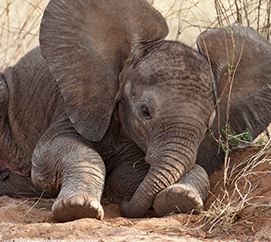 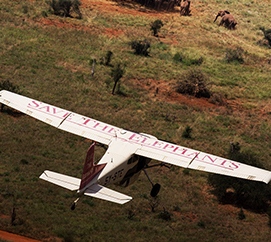 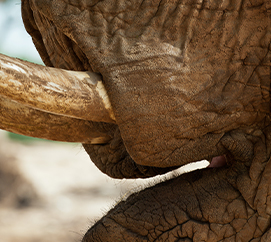 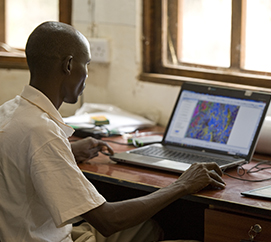 Monitoring the Illegal Killing of Elephants 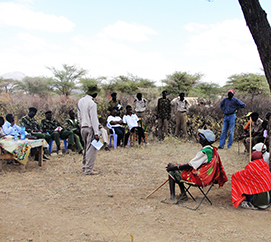